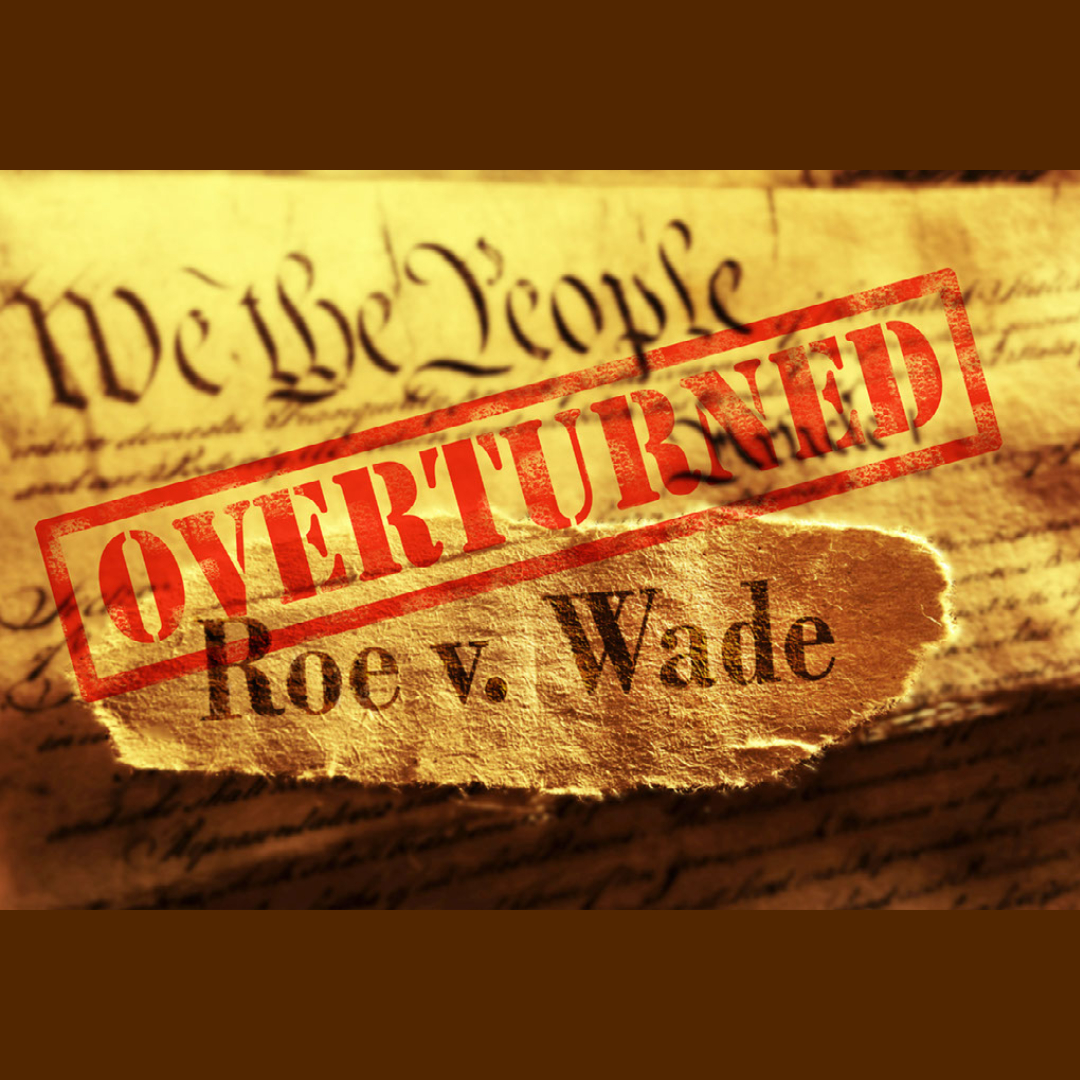 WASHINGTON — The Supreme Court on Friday overturned its landmark Roe v. Wade decision, ending the constitutional right to an abortion that had existed for nearly 50 years and plunging an already fractured nation into a divisive new political battle with major implications for the health and lives of women.

The 5-4 decision by the court’s conservative majority puts the matter in the hands of state governments, creating a country where the right to an abortion depends on where you live. The procedure continues to be legal in Massachusetts and throughout New England because of state laws. But abortion soon will be banned or nearly banned in about half of the states, with some restrictions already taking effect because of pre-Roe laws that still are in place or ones automatically triggered by its reversal.

“Roe was egregiously wrong from the start. Its reasoning was exceptionally weak, and the decision has had damaging consequences,” Justice Samuel Alito wrote for the majority in the case involving a Mississippi law. “It is time to heed the Constitution and return the issue of abortion to the people’s elected representatives.”

By rejecting Roe’s finding that abortion is guaranteed by a constitutional right to privacy, Friday’s decision could open the door for the court’s emboldened conservative majority to overturn other precedents related to that right. In a concurring opinion, Justice Clarence Thomas said the court should “reconsider” its decisions establishing rights to use contraception, engage in private sexual relations, and marry someone of the same sex.

Roe’s reversal was expected after a draft of Alito’s opinion was released in an unprecedented leak last month. Still, like a hurricane that had been forecast, it struck with stunning force.

The impact was evident on the street in front of the Supreme Court building in Washington, which was ringed with security fencing and police officers in anticipation of the decision. A crowd quickly swelled Friday morning in a chaotic mix of party and protest.

Michelle Peterson, 40, and Joan Batista, 58, stood in silent protest in front of the court’s fencing, their mouths covered with duct tape to symbolize their voices as women being squelched by the court.

“It still hasn’t really sunk in yet,” said Peterson, a stay-at-home mom from Silver Spring, Md., after removing the duct tape that declared her a “second class citizen.” “We’ve been prepping for this for six weeks now and I don’t think it’s completely real yet.”

Batista also removed the duct tape over her mouth, which had a reference to the TV series, “The Handmaid’s Tale,” about an imagined future where women have no rights.

“I’m so angry,” said Batista, a middle school teacher from Rockville, Md. “As a 58-year-old, my children, my grandchildren, they’re just going to have a different world than I had.”

For some, Roe’s reversal was a dystopian nightmare. For others, it was a dream come true.

“I’m literally walking on air,” said Noah Slayter, 20, a college student from Manassas, Va. Carrying an antiabortion flag that featured baby footprints, he was joined in front of the court by other young people from a group called Students for Life. They wore light blue T-shirts declaring “I am the pro-life generation.”

The gathering grew into the hundreds as word of the decision spread, with dueling chants breaking out. “We are dancing on the grave of Roe v. Wade,” abortion opponents yelled at one point, while not far away people countered with “Keep abortion safe and legal.”

About an hour after the decision was released, a group of House Democrats, led by women members including Representative Katherine Clark of Revere, marched from the US Capitol across to the Supreme Court building. “We trust women! We won’t go back!” they chanted as joyous abortion opponents in the crowd mocked them. “Enjoy the majority while you have it,” one man yelled.

Clark, who serves as assistant House speaker, said later that even though she knew the reversal of Roe was coming, it hit like “a complete gut punch” while attending a committee meeting Friday morning.

“You could just feel it ripple out as we confirmed with one another that the decision had come down and it was everything we feared,” she said of the reaction.

“We knew that we wanted to show up there and give a clear message to the American people that this fight is not over and they have the power of their vote,” Clark said of the march to the court building. “That’s what’s on the ballot in November and we need the American people to see that we are not backing down.”

President Biden delivered a similar message from the White House as he warned the decision “casts a dark shadow over a large swath of the land.”

“This fall, Roe is on the ballot. Personal freedoms are on the ballot. The right to privacy, liberty, equality, they’re all on the ballot,” Biden said of the midterm elections, when Democrats fear they could lose their narrow congressional majorities due to inflation and other factors. “Until then, I will do all in my power to protect a woman’s right in states where they will face the consequences of today’s decision.”

He vowed to protect the right of women to travel to another state to obtain an abortion and access federally approved abortion medication through the mail. He called for protests over the decision to be peaceful while decrying the decision as the “realization of an extreme ideology and a tragic error by the Supreme Court.”

Polls have shown most American support some level of abortion rights. A Gallup Poll in May found 58 percent did not want Roe overturned, while 35 percent did.

RELATED: Decision to overturn Roe clashes with views of a majority of Americans

The court’s ruling came in a case,Dobbs v. Jackson Women’s Health Organization, involving Mississippi’s ban on abortion after 15 weeks, which was about two months short of the standard set in the 1992 ruling in Planned Parenthood v. Casey that upheld the right to an abortion. But the conservative majority, strengthened with former president Donald Trump’s three nominees, went beyond a narrow ruling that would have upheld the Mississippi law while severely limiting, but not eliminating, Roe’s right to an abortion.

States are now free to adopt laws that go even further than Mississippi’s and ban most abortions entirely, which some states have already done.

In a concurring opinion, Chief Justice John Roberts said he would have taken “a more measured course” and upheld the Mississippi law without gutting Roe down to “the studs.” A narrower decision, Roberts wrote, “would be markedly less unsettling” than the far-reaching ruling from his fellow conservatives, which he called “a serious jolt to the legal system.” The vote was 6-3 to uphold Mississippi’s law, but 5-4 to overturn Roe.

In a joint dissent, the court’s three liberals — Justices Stephen Breyer, Sonia Sotomayor, and Elena Kagan — denounced the decision by the court’s “new and bare majority … acting at practically the first moment possible” to overturn Roe.

The fact that states are free to address abortion “is cold comfort, of course, for the poor woman who cannot get the money to fly to a distant State for a procedure,” they wrote.

RELATED: Here’s what the Supreme Court justices said in the abortion ruling

“Whatever the exact scope of the coming laws, one result of today’s decision is certain: the curtailment of women’s rights, and of their status as free and equal citizens,” the liberal justices said.

“This is an historic victory for the Constitution and for the most vulnerable in our society,” McConnell said in a statement. He helped pave the way for the decision by refusing to consider President Barack Obama’s nominee to fill a court vacancy in 2016 because it was a presidential election year.

Trump filled the seat and two other vacancies, expanding the conservative majority so there wereenough votes to overturn Roe.

In a statement Friday, Trump,who had been reluctant to praise the move after the draft decision leaked, took credit for Roe’s reversal. He said it was “only made possible because I delivered everything as promised, including nominating and getting three highly respected and strong Constitutionalists confirmed to the United States Supreme Court.”