RSV cases are surging this fall. Here’s what you need to know. 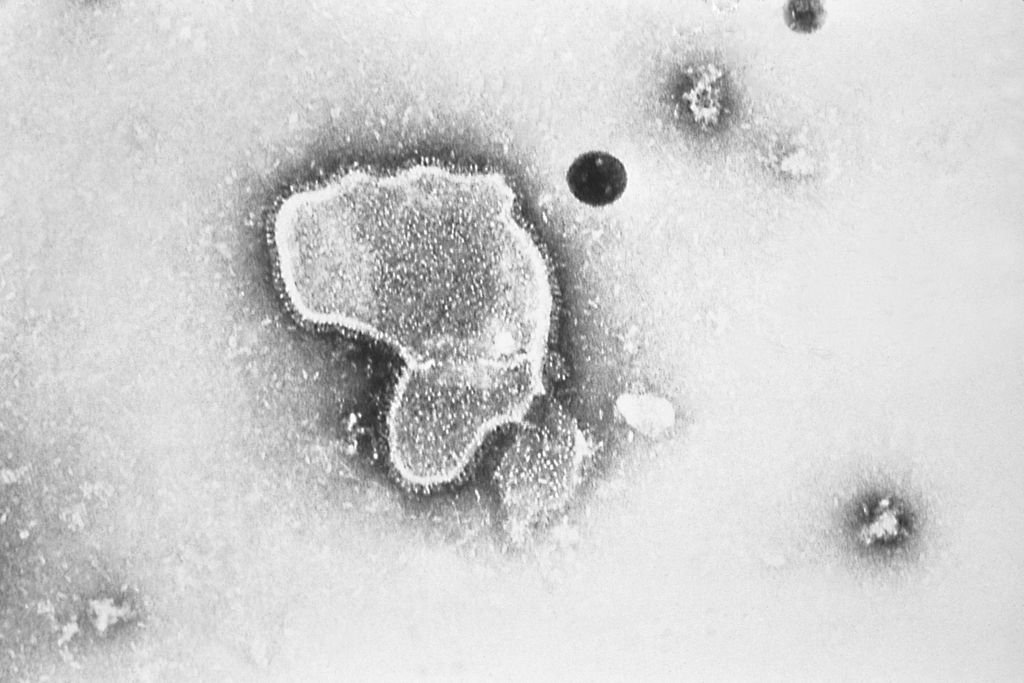 This 1981 photo shows an electron micrograph of respiratory syncytial virus, also known as RSV. Children’s hospitals in parts of the country are seeing a distressing surge in RSV, a common respiratory illness that can cause severe breathing problems for babies. ASSOCIATED PRESS

Respiratory syncytial virus, or RSV, is all over the news right now as experts warn that cases of the respiratory virus, along with flu and COVID-19, could make millions ill and overload hospitals in the coming months.

Here’s what you need to know about RSV, and why doctors believe cases are surging in young children.

RSV is a common respiratory virus. It typically causes mild, cold-like symptoms, according to the US Centers for Disease Control and Prevention website. Almost all children will have had an RSV infection by the time they are 2, and the disease only affects most people for about a week.

But here’s the rub: the disease can become serious in some cases, particularly for infants and older people.

What happens in serious cases of RSV?

Severe infections may cause bronchiolitis, an inflammation of the small airways in the lung, and pneumonia, according to the Centers for Disease Control and Prevention. RSV can also make chronic health problems such as asthma and congestive heart failure worse. In severe cases, if people are dehydrated or having trouble breathing, they may need to be hospitalized, though most hospitalizations only last a few days.

How many people are affected?

What are some of the symptoms?

Symptoms include runny nose, decreased appetite, coughing, sneezing, fever, and wheezing, the CDC says. The symptoms usually appear in stages and not simultaneously. In some cases, doctors say, you might not even know you have RSV, or you might mistake it for a cold or allergies. In very young infants, RSV may just cause irritability, decreased activity, and breathing difficulties, CDC says.

Why is there concern about RSV now?

As the Globe reported last week, pediatric hospitalizations have been on the rise due to an early surge of respiratory diseases such as RSV, enterovirus, and rhinovirus.

The surge may be due to the elimination of COVID-19 mitigation strategies, doctors say. Masking at schools and remote learning may have saved lives, but they also prevented children from developing immunity to infections.

“It’s shaping up to be a bad RSV season. … It’s pretty much everywhere at the moment,” said Dr. Jack Maypole, a clinical associate professor at the Boston University School of Medicine and a pediatrician at Boston Medical Center. “It’s arrived early and it seems ferocious.”

Normally, “most kids have said howdy to RSV by the age of 2,” but because of COVID-19 restrictions, there is a much larger group of children who have not encountered it yet, he said.

Some experts have warned of a possible “tripledemic” looming ahead involving COVID-19, the flu, and RSV.

How does RSV spread?

How can you avoid spreading RSV?

If you have the symptoms of a cold, the CDC says, you should cover coughs and sneezes with a tissue or upper shirt sleeve, not your hands; wash your hands with soap and water often; avoid close contact with others; and clean frequently touched surfaces such as doorknobs and mobile devices.

People with cold-like symptoms ideally “should not interact with children at high risk for severe RSV disease, including premature infants, children younger than 2 years of age with chronic lung or heart conditions, and children with weakened immune systems.” If that’s not possible, they should follow the steps to prevent spreading the disease, including washing their hands before interacting with the children and not kissing them, CDC says.

What is the treatment?

Researchers are working on vaccines and antiviral medicines, but so far there is no specific treatment for RSV. (One medicine can help protect some babies at high-risk for severe disease, but it is not a treatment.)

You can manage the symptoms, however. The CDC recommends taking over-the-counter fever reducers and pain relievers and drinking plenty of fluids. The CDC also suggests that parents talk to a healthcare provider before giving children over-the-counter cold medicines (and it notes that parents should never give children aspirin due to the risk of Reye syndrome).

Jessica Bartlett of the Globe staff contributed to this report.

Martin Finucane can be reached at martin.finucane@globe.com.