Are you in a struggle for housing? Join us and get your questions answered. 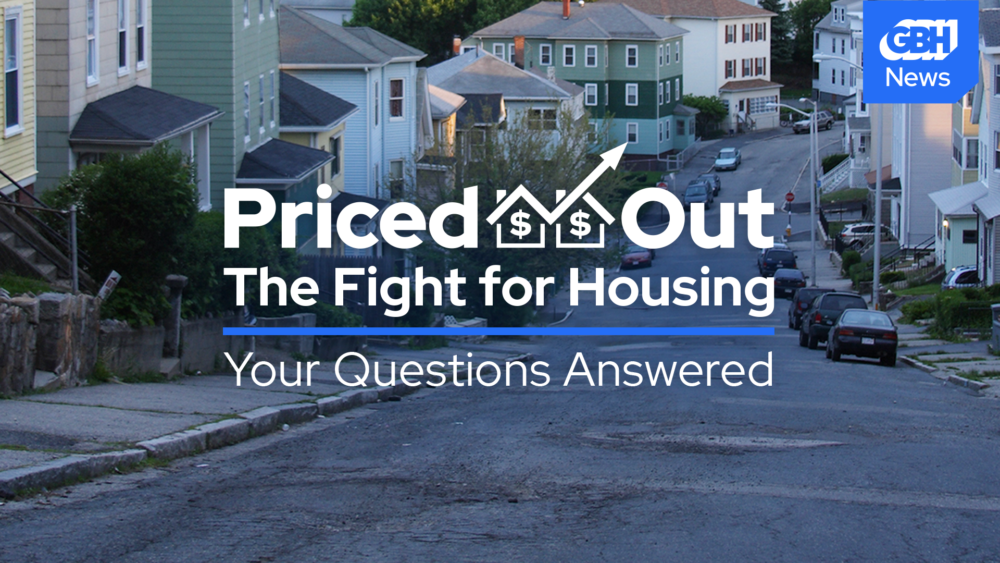 Working as a preschool teacher hasn’t made Kimberly O’Connor rich, but she always got by and for 14 years made it a point to make sure the rent for her family’s three-bedroom apartment in Weymouth was paid on time.

Her family – two kids and a husband – had 30 days to find a new place. It was a no-fault eviction. In other words, Kimberly’s family had done nothing wrong. She said the landlord later told her the plan was to renovate the apartment and jack up the rent.

Kimberly sent us an email after we began reporting our GBH News series Priced Out: The fight for housing in Massachusetts, describing how rents in her community had soared out of reach. “We contribute to this community and even if we are low paid, we deserve to have a home, too,” she wrote. Reporter Liz Neisloss followed up with Kimberly and produced this story. It includes a key piece of advice for people facing eviction: don’t leave an apartment without lining up new housing.

Or, as Kimberly puts it, “Don’t make yourself voluntarily homeless.”

She found help at the Quincy Community Action Program, but many others who have written to us about being priced out of their homes and communities don’t know where to turn.

Beth Mullin, also a teacher, tells us she moved from Virginia back home near Cape Cod and is living with family because she said rents would consume half her income. “I honestly feel a sense of hopelessness,” she wrote about the possibility of finding a place of her own she can afford.

She does, however, count herself lucky to have a roof over her head. Not everyone is so fortunate.

We’ve heard from a man in New Bedford who tells us he’s living in his pickup truck after the studio he planned to rent for $525 a month was renovated and the monthly rent jumped to $1700. A woman in Newburyport wrote in to say she’s been living in her Volvo.

A note from Madeline McDermott, 63, has stuck with me. She said her landlord is selling the building where she’s been living (also in Weymouth) and that the search for a new place to live has left her and her husband “overwhelmed with fear and uncertainty.”

Those words capture the sentiment of many people who have contacted us since we began reporting on this issue. The response led us to reach out to two housing experts, and now we want to share their perspectives and advice with you.

So please join us when we gather at our GBH Studio inside the main branch of the Boston Public Library. Or, if you can’t come in person, watch our conversation in real time on the GBH News YouTube Channel on Tuesday, August 23rd from 2 to 3 p.m.

Click below to see a link to the recorded show.

We will put your questions to Ellen Shachter, director of the Somerville Office of Housing Stability and Joe Kriesberg, president and CEO of the Massachusetts Association of Community Development Corporations (MACDC). I’ll moderate, and Liz Neisloss will be keeping an eye on questions from the audience (in person and via the YouTube chat).

There’s no magic bullet, but both Ellen and Joe tell me there are strategies that people facing evictions can employ, and ways to solve the commonwealth’s affordable housing crisis. I’ll be asking them some of the questions we’ve already received, but it’s not too late for more during the event or with this form.

I look forward to hearing from you. Your comments and questions continue to help shape our reporting. And I hope you can join us August 23rd in person or chatting with us on YouTube.

Thanks for reading and I look forward to being in touch.